It’s a photo essay about the political division in the United States around the Midterm Elections on November 6, 2018.  How are Americans feeling about Trump’s divided America? Left and right America live in different worlds. Except on the California Zephyr train, from Chicago to San Francisco, passing through 7 politically different States. Therefore we chose to travel on this transcontinental railroad that was once build to unite the nation after the Civil War in the 19th century. If travelers did not have to travel for months on prairies and mountains to make contact with the residents on the other side of the country, that would bring the United States literally and figuratively closer together, Abraham Lincoln thought. In a sense, the train is fulfilling that role now. 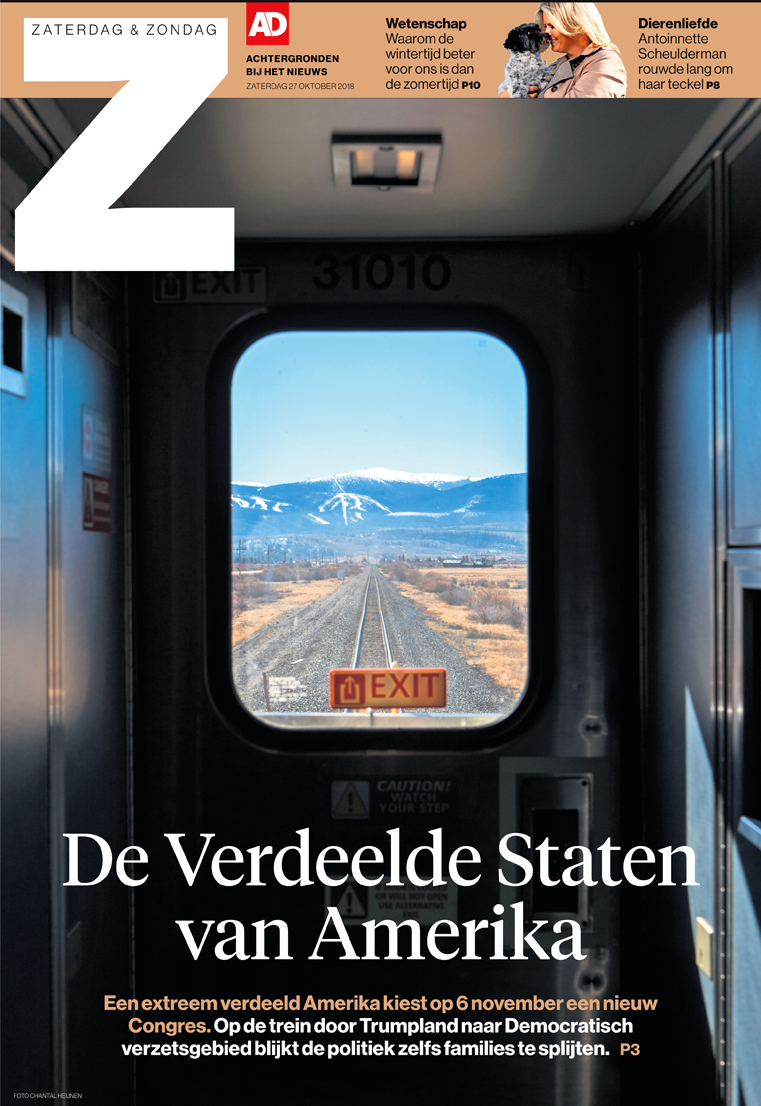 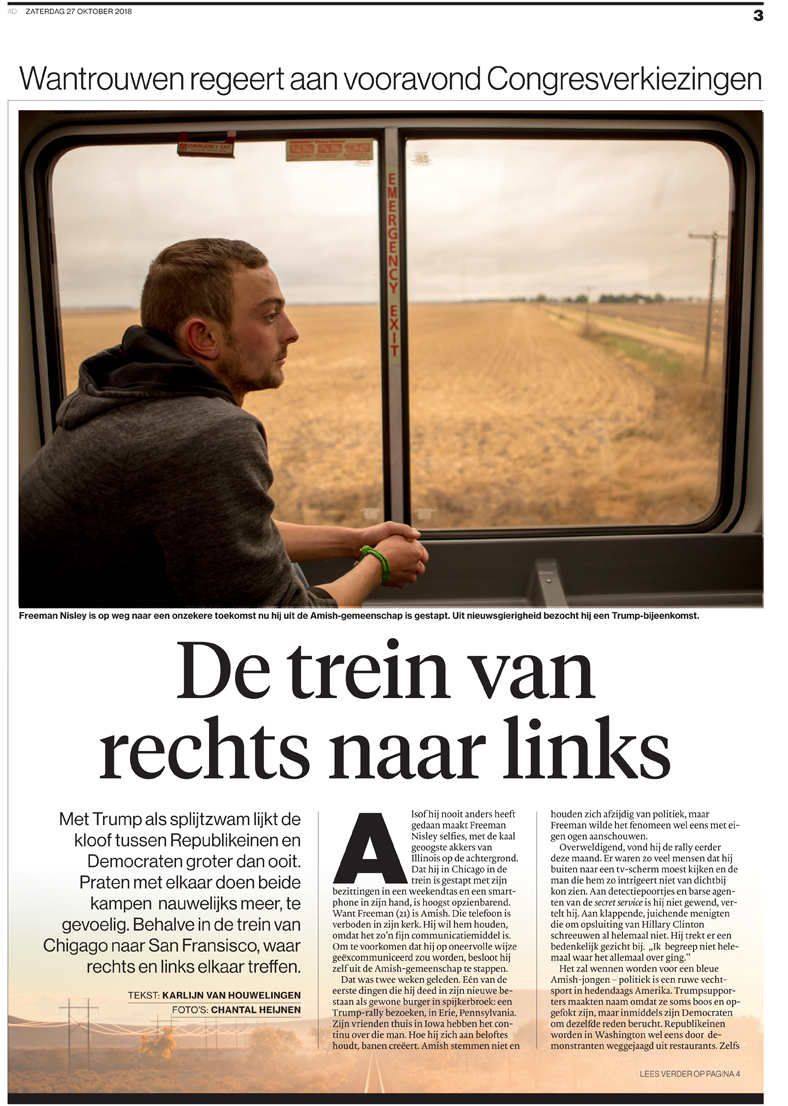 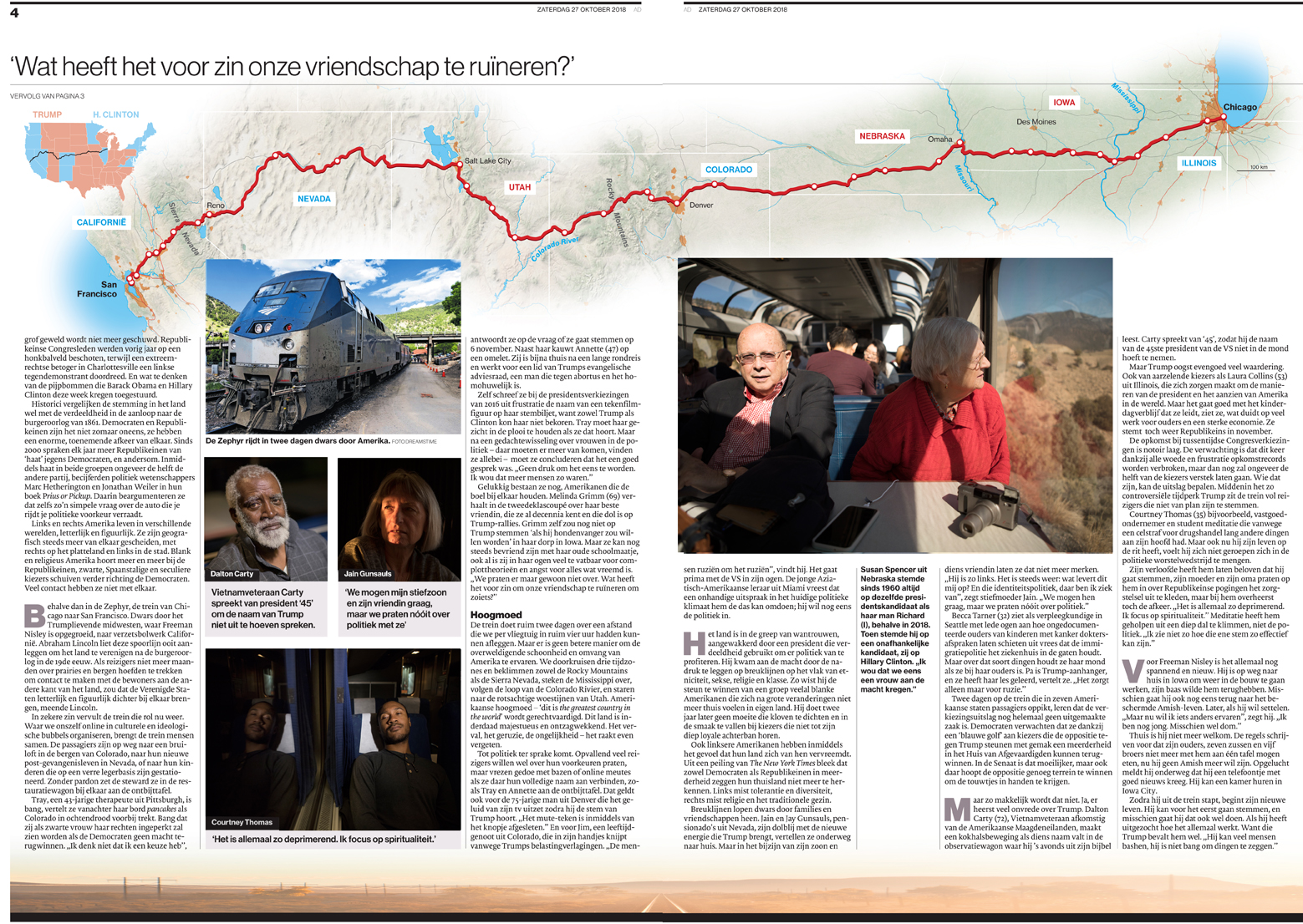 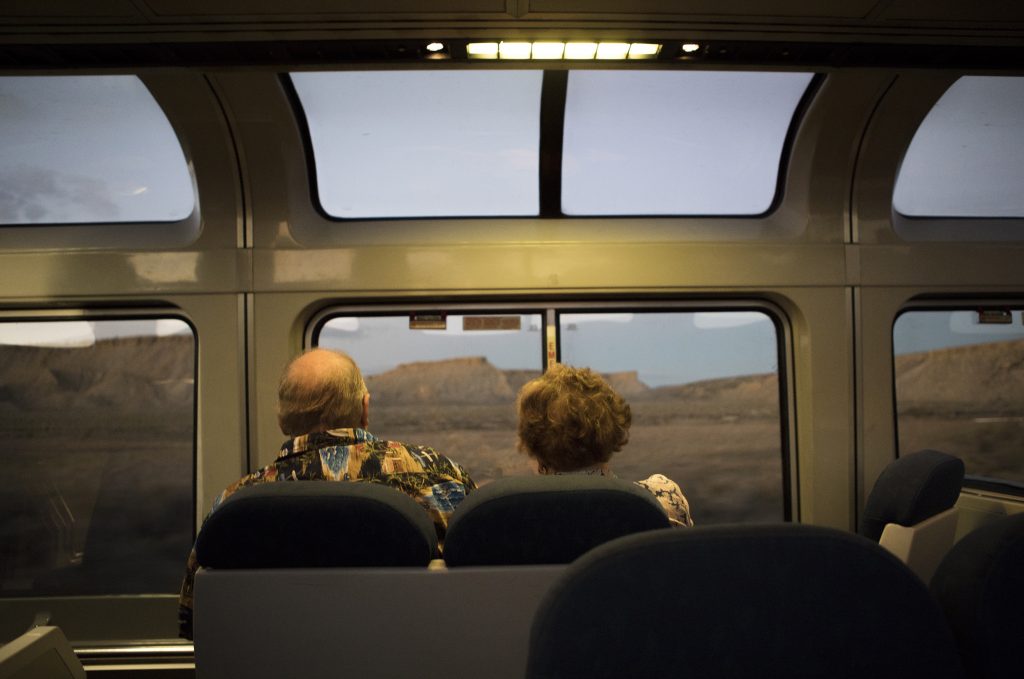 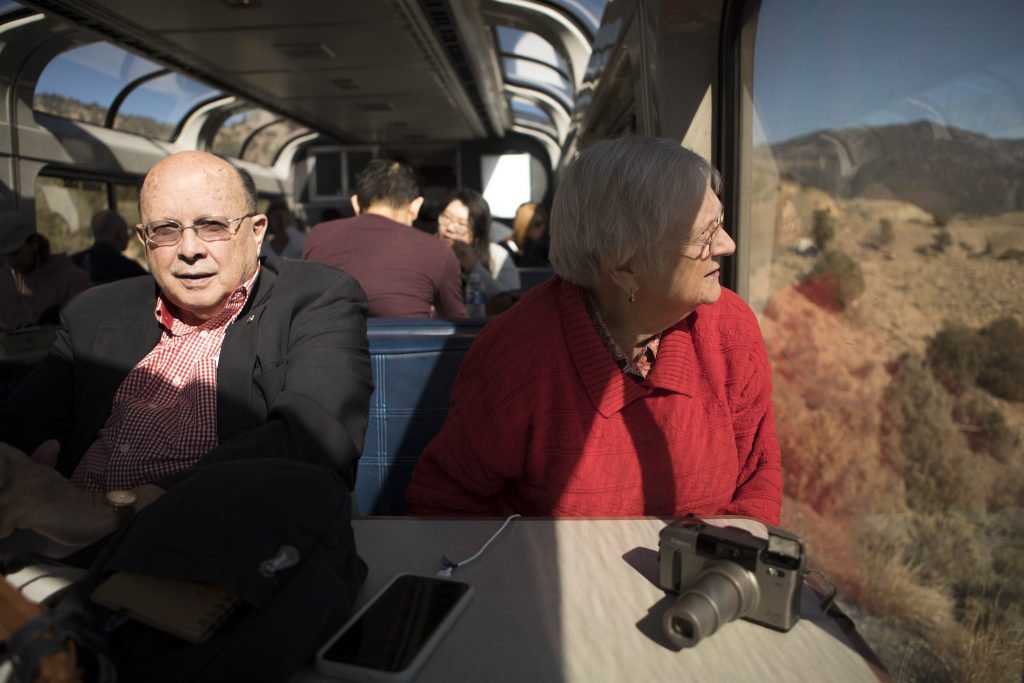 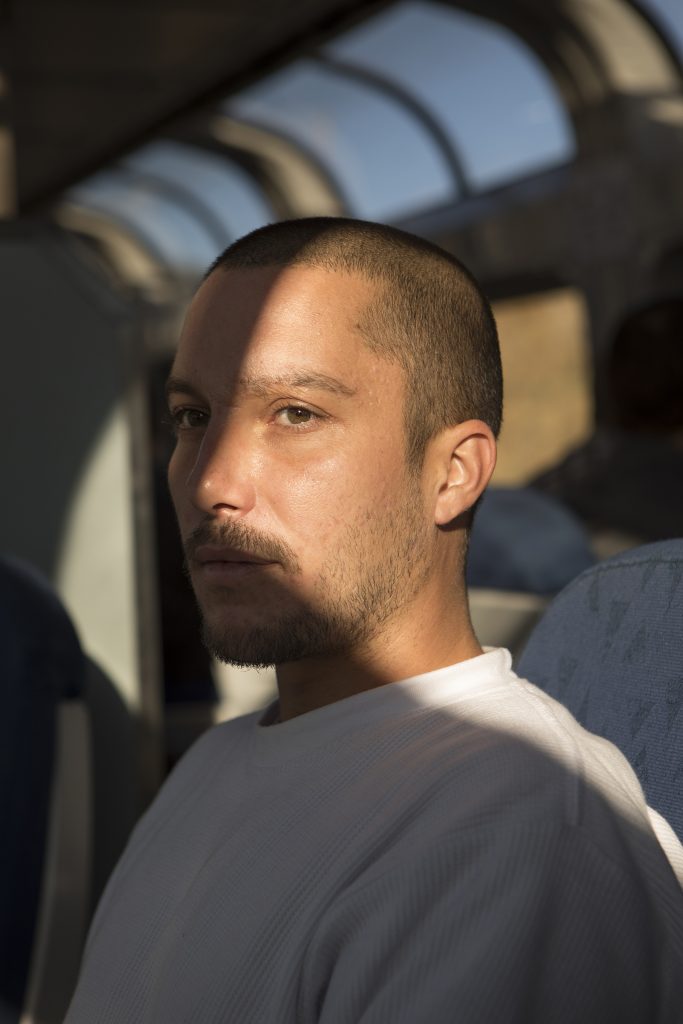 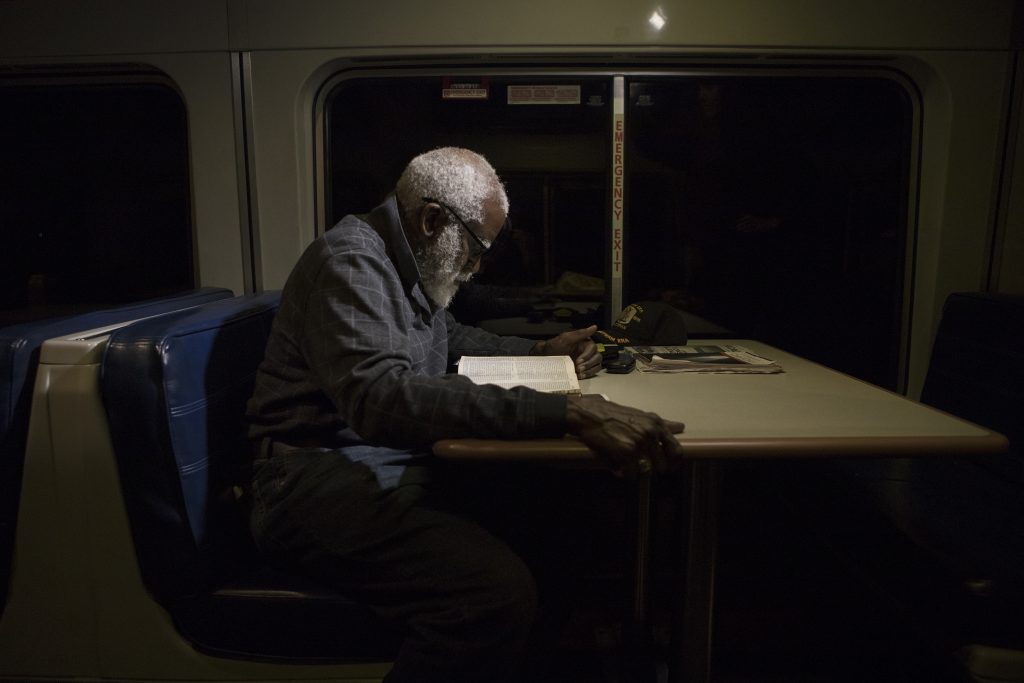 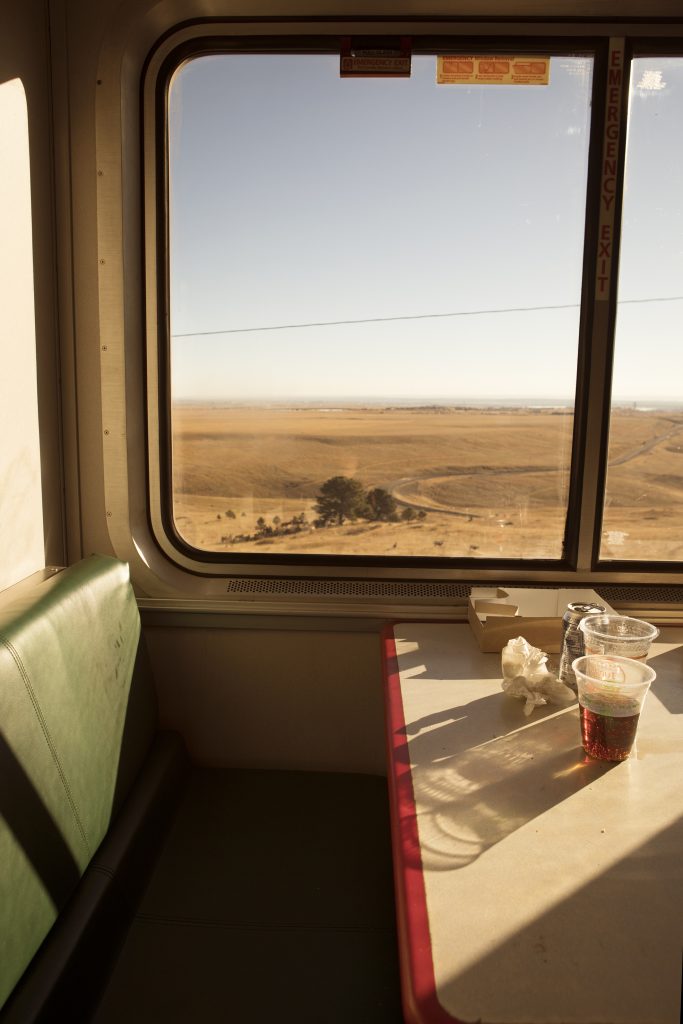 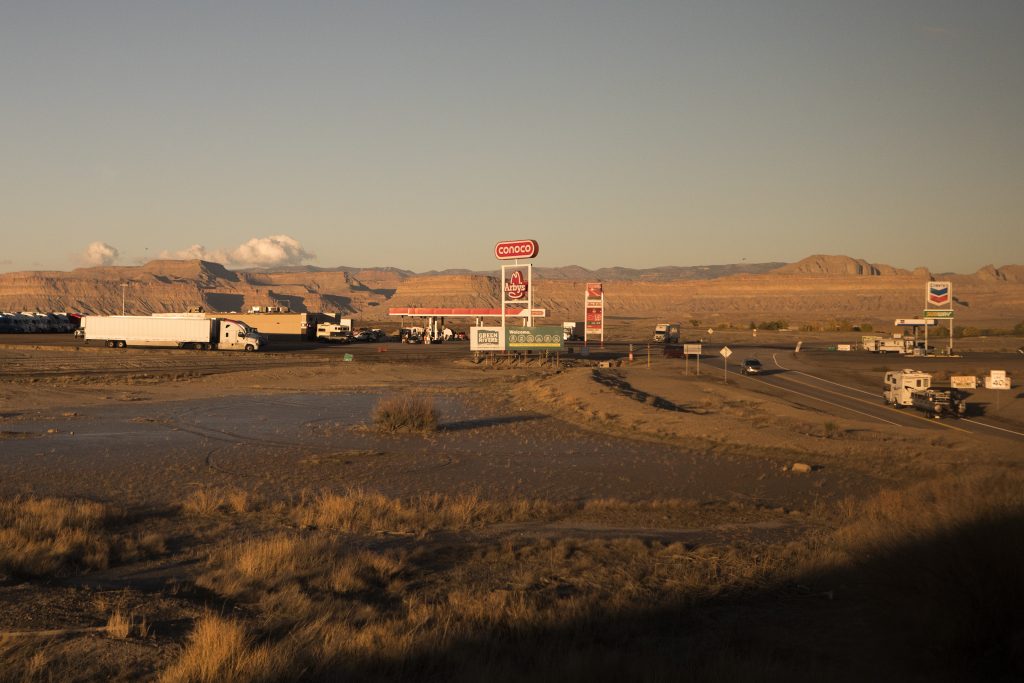